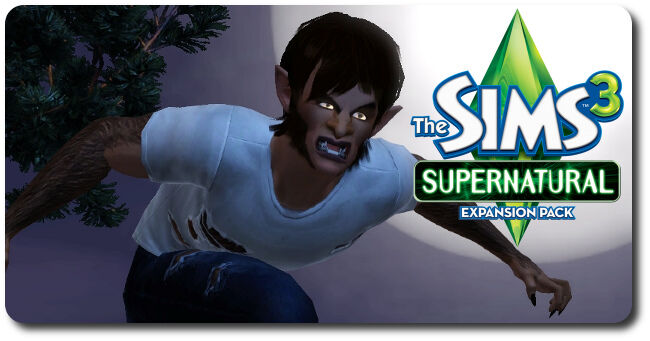 Our First Glimpses Of Moonlight Falls

As noted in our earlier news item, there's a new EP announced for The Sims 3, and it's bringing a new world - Moonlight Falls, as well as some fantastic customisations that will suit the CAW community. Let's dive in and see what we know so far about the place.

In a recent blog post Sims 3 producer Kari St. John (aka SimGuruHydra) describes Moonlight Falls as "Inspired by the misty valleys of the Pacific Northwest". As a New Zealander that means nothing to me, and seeing as the Sims community is so international I am sure I'm not alone. The only solution, it seemed, was to quickly google image search "Pacific Northwest". Based on that I'm expecting heavily pine-forested valleys over what looks to be sun-baked grass. Obviously, given the pack's theme, a general spookiness and sense of magic and mystery is also bound to drive the design.

In the official announce trailer for the expansion, we catch a few glimpses of Moonlight Falls, and immediately we see some new Create-A-World assets, two bridges and a water tank. I have to say I'm not impressed at the sculpting of hills, they seem to rise in an unnaturally sudden way, but I do like the funky yellow-green palette despite it clashing with the pines and wolfy browns of the foreground. I don't really see a strong resemblance to the "Pacific Northwest" images I've seen, barring the abundant pine trees and snowy mountains, but I'm bearing in mind that we've only yet seen a tiny portion of the world. 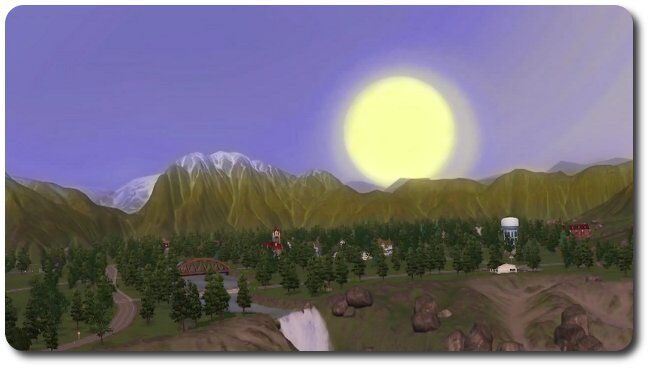 Another major feature for those of us into designing towns are the new moon phases. The sun is totally enormous, but hopefully that's just for emphasis of the new mechanic. This feature raises a lot of questions for CAW users. Will our custom moons need textures for various phases now? And just what is the impact that moon phases will have on gameplay? St. John leaves us a teaser

One major setback for any themed world project in The Sims 3 has always been that we have no control over what kind of demographic populates a town - it's all pudding faces all the time! Finally this is set to change, with SimGurus teasing a new demographics control option. So far we know it gives players control over the number of occult sims or celebrities they want in their town - but does it go deeper? Could we possibly see a much more robust system that allows, for example, an India-based world to generate roughly Indian-themed NPCs?

Something world builders will always crave is a wider variety of metadata objects. So far we can spot a few in the trailer, including two new bridges, and several new plants. Here's a gallery with some of the goodies to finish up the post!