Sandbox games harness one of the most unique and powerful aspects that games have over other media: interactivity.

Sandbox games are usually interactive environments - toolsets - within which a community of players can create their own gameplay elements. The limits of the genre are diffuse: Would an evolution simulator where the player's creative input is severely limited, such as BoxCar 2D, fit into the genre? Arguably yes, but only in the sense that the player has creative input at all.

Often games that do not fit into the genre itself have sandbox elements within their linear structure - customisable avatars, room decorations, or just a selection of weaponry. The advantage of sandbox gameplay in this context is that it draws players into a relationship with the game, they have an outlet to express their own preferences. In pure sandbox titles like The Sims 3 this is taken to the extreme, with players creating their own characters, their own homes, and even their own towns. Sandbox players enjoy that sense of possession and relatedness. The gaming experience is one's own, and it is a personal achievement. One player can invent and play in their own personalised cityscape: 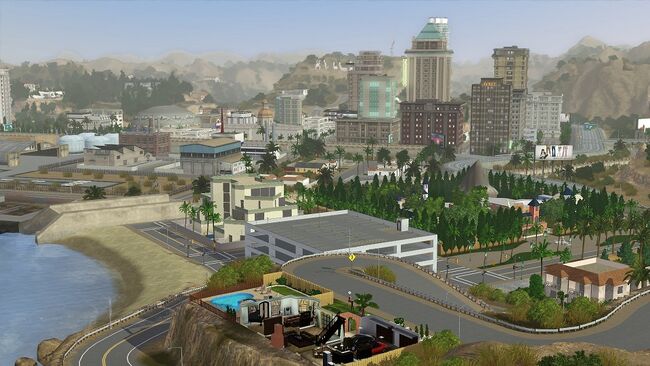 Successful sandbox games still offer constraints, though. One of the reasons that Simcity 4 is a better game than the abysmal Simcity Societies is because the former forces the player to build their city against a tide of boom-and-bust rhythms, whereas the latter allows players to plop a few houses effectively anywhere they like. A sandbox without carefully chosen constraints or challenges does not motivate players, and it almost guarantees boredom. Of course, sandboxes also need lots and lots of sand to be any fun, and that was another failing of Simcity Societies, which offered players an extremely limited number of restrictively themed buildings instead of the wide array of generic residences and businesses that would spawn in Simcity 4. In the future this column will review and investigate what makes sandbox classics like Simcity 4 or Minecraft so addictive and compelling, while also looking at why titles like Simcity Societies or Spore flopped. What makes a good sandbox game, and what interesting sandbox games are on the horizon? Where will budding technologies, like procedural animation and better physics engines, lead the genre? And ultimately - finally - how can the theories behind sandbox gaming aid us to build better worlds overselves?

Granular is a regular Friday column exploring aspects of and developments in sandbox gaming.