Create A World Wiki
Register
Don't have an account?
Sign In
Advertisement
in: Worlds, Pasimfic Ocean, Niua Simoa,
and 6 more 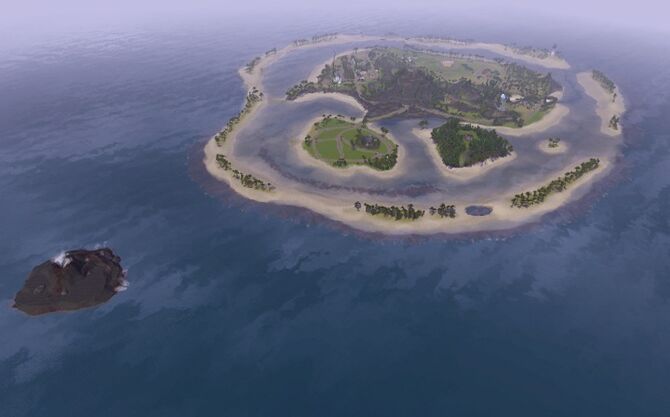 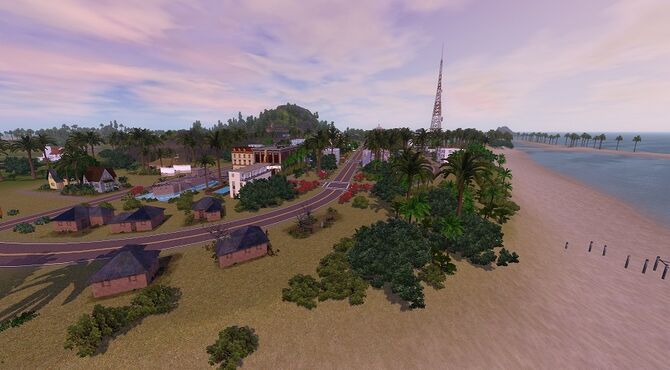 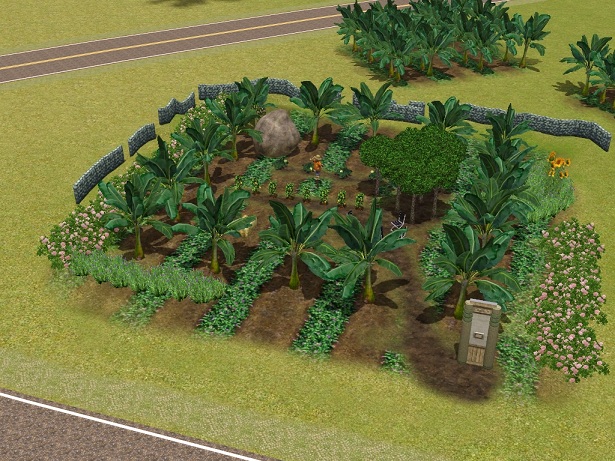 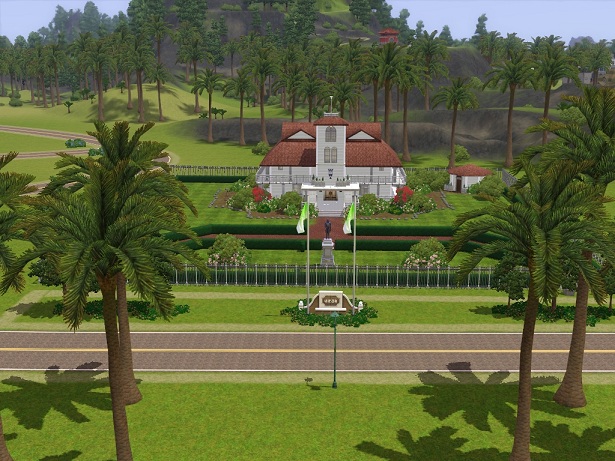 Niua Simoa is a world for The Sims 3, situated in the Pasimfic Ocean. It is a coral island that has built up around a volcano.

There are two versions of Niua Simoa. The first version, for the base game, takes place several years before the second version. The island undergoes a number of significant changes between the two versions. The concept of Niua Simoa draws on various Pacific Islands, but no specific one. Some players have said the island bears similarities to Bora Bora, but it is more closely aligned with the likes of Tonga and Samoa, at least culturally.

Several years ago a volcano erupted out of the ocean floor near Simoa, dramatically warming the local climate. Plant life on the island has thrived in the increased humidity, allowing bigger palms and brighter flowering bushes. The sudden increase in heat may in fact be exactly the event that will attract tourism to the otherwise quiet nation.

Niua Simoa formed from two submarine volcanoes that erupted close together nearly 2000 years ago, in this sense it is a very young landmass. Over the next 2000-odd years a large coral reef grew around the landmass's edges forming Whaiwhai Lagoon. There are nowadays three local volcanoes: Mount Totara is extinct, and the site of an old fortified village. Mount Nikau is active, towering up in the centre of the island. The third volcano is unnamed, but it is out in the ocean, and the resulting steam has caused a permanent heat haze over the island. Sand bars have built up atop the reef, forming islands (motu) around the lagoon. There is great fishing in the shallow lagoon, with a fresh water source flowing down from lava formation hills. Tapuwhai Town, the main township, is small, and there are very few large houses.

This island is a kingdom, a constitutional monarchy, with the Tapuwhai family as heads of state. Henry I is current ruler, although his age is showing, and Henry II is set to take over. There is a parliament, but its powers are tightly reigned by the royals. Public infrastructure is very poor, however foreign aid and private investment has ensured science, crime and other elements are represented in the economy. A recent investment is the Waka Subdivision, an attempt to lure wealthy overseas Sims. This is a Sim-made island in the lagoon with lots that sell at a very hefty premium, although they provide lovely views to make up for the cost.

Kuia are ancient female ghosts that have been stripped of their identities due to some sin that they committed in life. It is unclear what a Sim has to do to become a Kuia. Kuia, when revived, bear no memory of their old lives, and they have strange skin colours. Kuia tend to wear woven garments. Kuia are clearly capable of passing on their curse somehow in exchange for their freedom, because Runa Palefau is a kuia returned to life at the expense of Eseta Rotorima.